Most organizations hold an annual fundraiser to supplement and augment their operating budget.  The nonprofit Malaika Early Learning Center that was started by my wife and I (and the genesis for DonorSnap) is no different.  Malaika started in 2003 and we held our first fundraiser in 2009.  We thought it might be of interest to share some numbers and chronology of our fundraising experience.

A Little about Malaika

The Malaika Early Learning Center is located on the near north side of Milwaukee, Wisconsin. Most people who have not lived in or visited Milwaukee do not realize that it is one of the most racially segregated cities in the United States, and has some of the harshest conditions for children. The area of Milwaukee we serve is typically in the top three nationwide for all the wrong reasons, including:

The children in Milwaukee are confronted with these difficult realities from the time they are born. Our goal with Malaika Early Learning Center was (and is) to provide a safe and nurturing environment that has an academic focus of helping children from the ages of three months to eight years old. We aim to have them as emotionally, socially and academically balanced as possible to help them break free of the cycle of poverty that afflicts Milwaukee’s north side.

Malaika has a very clear, tangible goal that is quite worthy of support. As is the case with most nonprofit organizations, however, fundraising has always been challenging. With just 150 children who use our facility, we are too small to attract a significant amount of attention. We also deal with children of the youngest ages, which makes it difficult to demonstrate the program’s empirical results. After they leave us, it is hard to track where they go, as most of our children change households once or twice a year. (As you can see – we have all the built in excuses for why it is hard to raise money.  Probably the reality is the organization suffers from founders who are not good at asking for money and hope that people recognize the need and mission without being prodded).

As mentioned earlier we opened in 2003 and did not have our first event until 2009.  Up until that point we relied on foundations, founders and friend’s contributions.  In 2009, we decided we needed to have an event that we felt would be more of a Friend Raiser than a Fund Raiser.  The belief was that if exposed to our mission, people would recognize the need and ultimately become supporters.  Our goal was to expose people to Malaika more than it was to specifically raise money.

The results were, at best, mixed.  We did have a fairly well attended first event (150 people) but really didn’t do a good job of converting attendees to supporters.  This pattern continued for the next several years.  We would raise $30,000 at the event but expended a large amount of energy focusing on the event itself trying to attract people to attend.  We were not converting people into supporters.  Many were attending due to personal relationships with my wife, myself or our businesses.

Over the last several years, the focus has shifted slightly from being a Friend Raiser to a Fund Raiser.  We have focused more on the economics of the event (Sponsorship, Ticket Sales, Auction Items, Costs).  We still hoped the event would raise awareness of the organization and its mission but our focus became one of raising money to augment the budget.

An analysis of our fundraising successes (and failures)

Here is a quick recap of our last three years that you can use as a point of comparision:

As you can see, we have steadily increased the amount of net money raised over the last three years. The ultimate goal for the event is to raise $100,000.  That is the minimum amount of external funding that the organization needs for its basic budget.  Annually we raise $200,000 from all sources and hope to continue to do so.  However, the more we can raise thru the event, the less time and energy is required by our Executive Director to chase Foundation money.

Here is a little of what we have learned over the past couple of years:

On the minus side:

Where do we go from here:

As we assess this year’s event, we have several takeaways to consider moving forward:

The event will be a constantly evolving work in progress.  However, now that we are firmly focused on raising money to support the school (sounds obvious now) we have a goal and a direction to help guide the Board’s efforts.

If you should have any questions about the economics of the event, feel free to email me at DMueller at DonorSnap dot com and I’ll share what I can.  As you can tell we are in no way professional fundraisers but are probably like many of you just trying to grind out what is needed to support your organization.

← Prev: QuickBooks is NOT a Donor Management System Donor Fatigue – Fact or Fiction? → 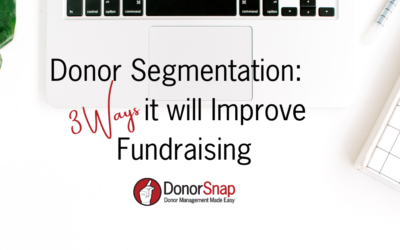 Are you sending out mass communications to your mailing list without performing donor segmentation first?  If so, you... 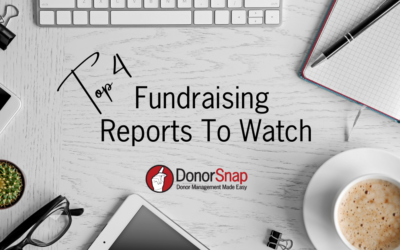 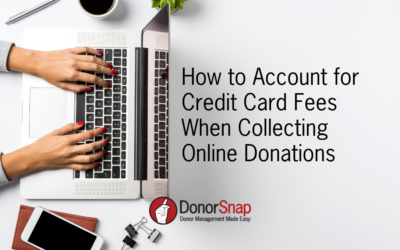 How to Account for Credit Card Fees When Collecting Online Donations

Collecting online donations is a great way to reach potential new donors. It is no surprise that millennials prefer...